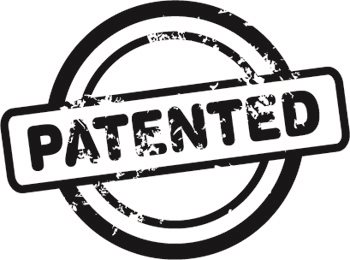 Patent law is a branch of the legal system that focuses on the regulation, enforcement, and jurisprudence of patent rights.  In the United States, the staple behind patent law is how it enforces patent rights which consists of granting inventors or patent holders the exclusive right to prevent others from creating, using, selling, or importing their patented inventions or ideas.  It is important to note that that patent rights do not give inventors the right to create and use an invention, but simply to prevent others from doing so.

Patent law, as it exists today, can be said to be traced back to 15th century Venice, where the first patent law was created and enforced, preventing others from using the inventions of inventors without proper permission or authority.

In the United States, patent law would be entered into legislation by the First Congress in 1790 with the Patent Act. The Patent Act of 1790 would have its principles based on those established in Venice in 1474, though applying in a more modernized or contemporary way. The first patent in the United States would be granted in the same year, on July 31st, to Samuel Hopkins and his creation of a new method to make potash.

On the international level, the key body of legislation would come in the form of the Paris Convention for the Protection of Industrial Property, which was signed in 1883. The overall purpose of the Paris Convention was to create and established a more uniform set of codes and laws regarding the recognition of patent rights on an international scale.

In the United States, the current body of legislation that governs all aspects of patents in the country are contained in Title 35 of The United States Code.  Title 35 would also create and implement the United States Patent and Trademark Office, the sole and exclusive governmental entity in charge of registering and granting patents, as well as administering and enforcing applicable laws in regards to patents.  Title 35 is divided into four parts:

2. Part II – Patentability of Inventions and Grant of Patents

Important aspects regarding patents are covered in Title 35, with one of the most important being the guidelines for patentability. Generally speaking, United States patent law sets forth three criteria that must be met in order for a particular invention to qualify for a patent grant:

1. Invention must be considered to be new, useful, and not obvious to those with knowledge in the related subject area or field.

o New:  Meaning that the invention has not previously been created or registered with the United States Patent and Trademark Office.

o  Useful:  The invention must have a particular benefit or be of legitimate value so as to be used for a particular purpose.

o  Obvious:  This particular aspect of the criteria will prove to be among the most debated, for whether a particular invention is obvious may be up to interpretation and subjectivity.