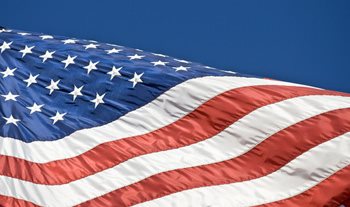 In the United States, patents are granted by the United States Patent and Trademark Office. The USPTO is the governmental agency charged with the responsibility of overseeing all aspects in regards to US patent concerns, from the proper registration and granting or patent rights, to the enforcement of US patent laws.
US Patent Laws
The United States would adopt the first patent laws in 1790 with the Patent Act. The Patent Act 1790 would set the precedent in regards to US patents as they are granted and regulated in modern times.
One of the main aspects in regards to US patents is the extent of the law of protection. A US patent grants the patent holder or inventor the right to exclude other from selling, using, producing, or importing a similar invention that has been patented in the United States. However, US patent rights do not grant the right to actually create or use the invention.
Patents in the United States are not granted indefinitely and do have a term of expiration. Most patents are commonly granted in the form of utility patents, which have a life term of 20 years from the date that the patent is issued. Other patents, such as the design patent, have a different life term, which is only 14 years from the date the patent is granted. Furthermore, during the life a patent, the patent holder is required to pay maintenance fees in order to enforce those rights.
Patents in the United States are also granted on the basis of the first to invent concept. A US patent is therefore governed by the definition of invention in accordance to US patent laws, which consists of two requirements:
1.    The actual creation of the invention or product
2.    The actual use or practice of the invention (also known as reduction to practice)
Most countries in the world use a first to file system, which is quite different from the US patent system.  In the first to file system, the right to a patent is given based on the action of filing for the patent application for that particular invention or product. Therefore, patent rights will be granted to the person that formally files an application rather than basing such rights on the first person to create the invention.
US Patent Application
In order to receive patent protection rights, a formal patent application must be made to the United States Patent and Trademark Office. The process itself will prove to be quite extensive and often times confusing, due to the specific and distinct requirements. However, the application itself must be made by the actual inventor of the invention or product. Only the creator of the product can file for patent rights in the United States.
The application will require that the invention be described at great length and detail, requiring not only written and concise explanations regarding the invention or product, how it works, and how it functions, but also will entail providing for drawings illustrating the invention itself.