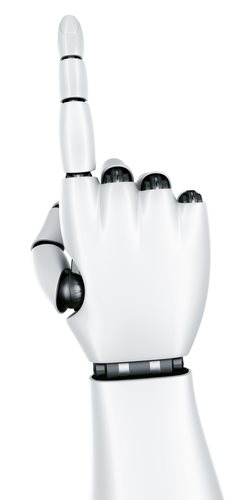 What is the USTPO?
The United States Patent and Trademark Office is a government agency in the United States Department of Commerce, which issues patents to inventors and businesses for the production of new inventions. The United States Patent and Trademark Office also will supply individuals or businesses with trademark registrations for products and intellectual property identification purposes. The USTPO is located in Alexandria, Virginia, following a 2006 move from the Crystal City jurisdiction of Arlington, Virginia.
The USTPO is headed by David Kappos, who was sworn into office following the United States Senate’s confirmation of his appointment by the President Barack Obama. The USTPO cooperates with various patent offices, such as the European Patent Office and the Japan Patent Office as one of the three international Trilateral Patent Offices.
The Mission of the USPTO is legally based in Article 1, Section 8 of the United States Constitution, where the powers of Congress are defined as possessing the ability to “promote the Progress of Science and useful Arts, by securing for limited Times to Authors and Inventors the exclusive Right to their respective Writings and Discoveries.”
The mission of the United States Patent and Trademark Office is to promote industrial and technological progress in the United States and to strengthen the United States economy by administering the laws relating to patents and trademarks; advising the President of the United States, the Secretary of Commerce and the administration on patent, trademark and copyright protection and to provide advice on the trade-related aspects of intellectual property.
What is a USTPO Patent?
A USTPO patent is an exclusive right granted by a state, particularly a national government, to an inventor or assignee, for a limited amount of time in exchange for a public disclosure of an invention or idea.
The procedure for issuing a USTPO patent, the requirements placed on the holder of the USTPOI patent and the extent to which the exclusivity rights protect the invention or idea will remain constant in varying locations. That being said, there are different types of USTPO patents available depending on the underlying invention or idea. In most cases, a USTPO patent application will include one or more claims to define the invention; to obtain a USTPO patent, the idea or invention must be new, useful, non-obvious or industrially applicable.
A USTPO patent offers the creator of a particular invention or idea the exclusive right to prevent others from making, using, distributing or selling the patented invention without permission. A USTPO patent is simply, a right to prevent other manufacturers, individuals or producers from using the underling invention or idea.
Patents are regulated under the World Trade Organization’s Agreement on Trade-Related Aspects of Intellectual Property Rights; this organization will make patents available to WTO member states for any inventions or ideas relating to all fields of technology. The terms attached to such patents will offer exclusive rights to holders for a minimum of twenty years; however, different types of patents may have varying terms attached to the exclusivity of the underlying patent.